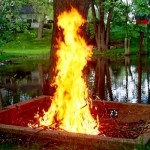 Minor planet (47171) Lempo was first discovered on Oct. 1, 1999, and 18 years later was named after a Finnish goddess of fire, fertility and passion. Unfortunately, following a 13th-century extended visit from the Christians, she was recast as a demon, and her name became a swear word. Learning this made Amy Elliott a little miffed.

It’s always exciting to learn about a newly named minor planet. Each one is a fresh fabric in the rich tapestry of archetypes we work with, which is constantly unveiling new layers of complexity.

The object in question is (47171) Lempo, a plutino first discovered on Oct. 1, 1999, but only given its permanent moniker last month. A “plutino” is a small, usually icy body, close to the orbit of Pluto. The name chosen was of a Finnish fire and fertility goddess. Not being familiar with Finnish mythology, I was eager to find out more. 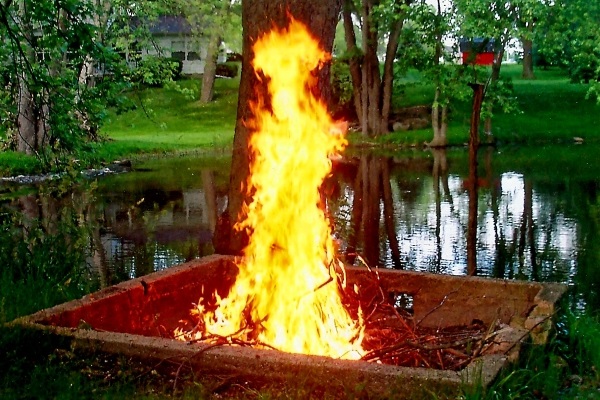 It would seem, unfortunately, there’s not an awful lot left to find. Lempo appears to have been a fire deity, in the style of the Celtic goddess Brigid; the people who encountered her became the “people of fire” after she brought them bread, iron and love. The description on The description on this YouTube link hints rather delightfully that she presided more over romantic encounters than procreation, and that this emphasis was unique to Finnish folklore.

If that’s true, what happened next will probably be no surprise: after Christians invaded Finland in the early 13th century, Lempo became identified with the devil; her gender became clouded in obscurity (because after all, how can a woman be so fiery and strong?) and her name is now a mild swear word in Finnish; along with that of one of her helpers, Hiisi. For clues to her real nature, we are apparently left with the remnants of stories.

This problem with Christianization (which usually happened at the point of a sword; so much for peace and goodwill) recurs in the history of local deities many, many times over, and is deeply frustrating to say the least. It’s maddening to think of all the knowledge that’s been lost, all the little variations in ideas and practices, all the fragments of wisdom that could be so valuable in helping to form a more complete picture.

It’s infuriating beyond belief to consider that there are people who still think using their own creed to trample on divergent views is nothing more than the sacred word of their god. (Interestingly, the Sabian symbol of Lempo’s discovery degree, 26 Pisces, talks of the importance of acknowledging differences, and of the “fallacy of totalitarianism.” Quite.)

None of the astronomers we contacted knew exactly where the naming idea originated; this has happened before with minor planets, and I can’t help wondering whether, amid widespread social change and the impending dearth of Christianity’s chokehold over the Western world, the old gods are now making a bid to be seen and heard.

Perhaps their time has finally come. Perhaps, in the new, diverse world we are slowly constructing, we actually need them, and all that they can teach us.

2 thoughts on “Go Lempo Yourself!”

GET OUR FREE DAILY ALMANAC

Capricorn 2019 Audio Reading by Eric Francis -- Saturn has come home to your sign, and Uranus will soon be back in your zone of art and play. Get the lowdown on all this and more with your 2019 birthday reading.
Aquarius 2019-20 Audio Reading by Eric Francis -- With an eclipse in your relationship sign, and your ruling planet, Uranus, shaking up your zone of security, who are you becoming, and where do you feel called to grow next? Your 2019-20 birthday reading by Eric will offer essential navigation tips.
Latest readings for all 12 signs 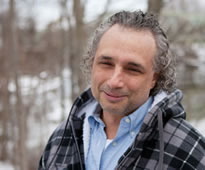